This is my online diary of my health, this is a place I come to release all my frustration and vent. Sometimes you just have to let off steam…

As most of my family, friends, and followers already know I am about to start treatment with ‘Lemtrada Alemtuzumab’ on the 4th of July. But first I needed to start my listeria diet, which I have.

The amount of stress this is causing me is unreal, not only for the preparation for the treatment but also for life’s hurdles.

Today I am up at the hospital to have my blood and collect a prescription that should have been ready for me to collect but I have to waste one and half hours waiting for it to be prepared.

I have previously done work experience whilst I was in the sixth form at this hospital and have been shown how the medicines are dispensed. Basically, someone types something into the computer, and a revolutionary machine sorts it out, dispenses it, and then all the pharmacists do is stick a sticker on it, it’s that quick, so I do not understand the hold-up.

But my stress is a build-up of other events that are going on in my life. For example ‘Transport For Wales’ are constantly on my case going on that they have not received my new PIP award. PIP is so backlogged that they keep reviewing every 3 months without actually awarding anyone and it is just a waiting game. When I first applied I was told by (TFW) that I was not disabled enough to qualify for a bus pass but that was overturned as I had a (PIP) award.

“I have relapsed and am due to start treatment on 4th July 2022 and if that is not proof I have a progressive disease, I do not know what is? I am not going to jump through hoops for no -one, just to justify that I am disabled. My letter from the hospital should be evidence enough”!

My mother who is my carer has reached out to the ‘Transport For Wales’ (TFW) Agency and it seems it goes over their heads even going as far as saying that they have not received anything from me or from her. My mother actually wrote an article regarding bus passes and is waiting on an update. https://disabledentrepreneur.uk/bus-passes-for-the-disabled/

The stress this is causing me is unbelievable. It does not stop there, a few years ago I had my bloods taken at the same hospital that I visited today and one of the nurses butchered my vein, a few years later I think I had the same woman because my arm is in so much pain.

Like I said it is one obstacle after another. I am on my third week of coughing as I have a viral infection but have been told by the Neurologist and the MS Team that I need to get rid of my cough before starting my treatment, otherwise, it won’t go ahead, I was told by the MS Team to start antibiotics prescribed by my GP last week.

In order to get a consultation with a GP, I had to phone the doctor’s practice and was told by the receptionist my matter was not an emergency and to phone back, the following day on a first come first seen basis. (Excuse me but since when are receptionists qualified to make those decisions)?

I phoned back again the same day and this time I said the consultant at the hospital insisted it was urgent to which I was told by the receptionist a doctor would phone me. (This could have been done and dusted on my first call but it is what it is and is done now).

I waited all afternoon and finally spoke with the head doctor at the practice (Dr.C) who had a tone on her like I was inconveniencing her. (Sorry is there something more important that you could be doing, rather than dealing with me)?

So all in all I am not coping well, especially with people who are ignorant or simply do not care. 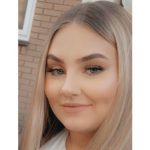 Zena may look normal to an untrained eye even though she has an invisible disability. Thanks to a great support network she is able to fit into society and can get additional help, whenever she needs it.

Zena aspires to be a role model for young people with Multiple Sclerosis.

Theme by Anders Noren — Up ↑

We use cookies on our website to give you the most relevant experience by remembering your preferences and repeat visits. By clicking “Accept”, you consent to the use of ALL the cookies & disclaimers. Disclaimer: The opinions expressed in this publication are those of the authors. They do not purport to reflect the opinions or views of professional health institutes or its members. Affiliate Links: "We also use affiliate links where we may get paid on any links clicked by the user to include Amazon Associate, where I earn from qualifying purchases"
Cookie settingsACCEPT
Privacy & Cookies Policy

This website uses cookies to improve your experience while you navigate through the website. Out of these cookies, the cookies that are categorized as necessary are stored on your browser as they are essential for the working of basic functionalities of the website. We also use third-party cookies that help us analyze and understand how you use this website. These cookies will be stored in your browser only with your consent. You also have the option to opt-out of these cookies. But opting out of some of these cookies may have an effect on your browsing experience.
Necessary Always Enabled
Necessary cookies are absolutely essential for the website to function properly. This category only includes cookies that ensures basic functionalities and security features of the website. These cookies do not store any personal information.
Non-necessary
Any cookies that may not be particularly necessary for the website to function and is used specifically to collect user personal data via analytics, ads, other embedded contents are termed as non-necessary cookies. It is mandatory to procure user consent prior to running these cookies on your website.
SAVE & ACCEPT